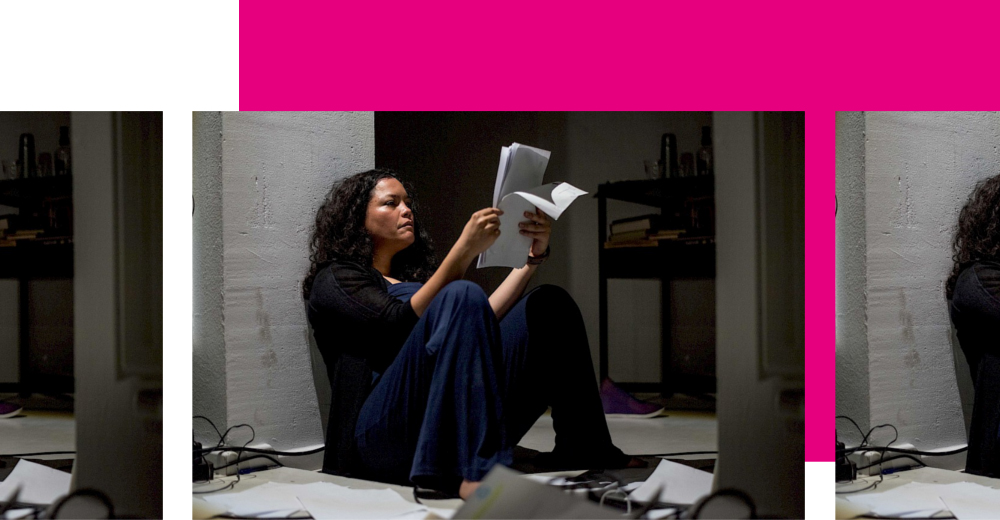 Tracey Rose presents at PAC a puppet play titled Pussies with Dicks. The script is an edited version of the comment section of video interview with Chimamanda Ngozi Adichie in which the Nigerian writer responds to the question, “What is Feminism?”.

Tracey Rose was born in 1974 in Durban, South Africa. She holds a Master of Fine Art from Goldsmiths College, University of London (UK) and received her B.A. in Fine Arts from the University of the Witwatersrand, Johannesburg in 1996. She was trained in editing and cinematography at The South African School of Motion Picture Medium and Live Performance in Johannesburg. Working with performance, often for the camera, Tracey Rose places her body at the center of her practice. She inhabits the roles given to Africans, to African women, and to women in a male dominated world, swallowing stereotypes whole. In her quest to understand the source of these cultural meanings that define the human condition, Rose is inevitably led to religious myths of creation. The scope of Rose’s work is not limited to the boundaries of South Africa, and it has indeed quickly found a global, humanist resonance.
Rose has exhibited and performed widely both at home and internationally, including the South African National Gallery, Cape Town; Johannesburg Art Gallery; Dakar Biennial in 2000 & 2016; Walker Art Center, Minneapolis; Venice Biennial, 2001 & 2007; The Brooklyn Museum; Tate Liverpool; and most recently Museo Reina Sofia; WIELS Bruxellels; the São Paulo Biennial; Biennial of Moving Images, Geneva; Museum of Modern Art, Buenos Aires; Documenta 14, Athens & Kassel; Sharjah Biennial.