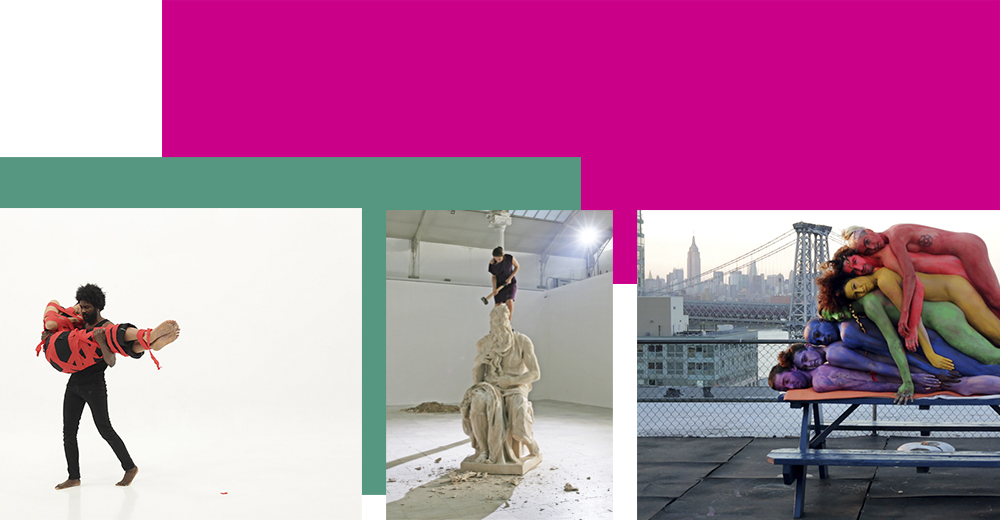 From Friday 1 to Sunday 3 March from 14:30 to 21 continuously you can see 5 video of contemporary artists who have worked on the concept of identity and gender:

Melanie Bonajo
Night Soil - Economy of Love, 2015
The video portrays a Brooklyn-based movement of female sex workers who regard their work as a way for women to reclaim power in a male-dominated pleasure zone, their mission being to rearrange sexual conventions and ideas about intimacy itself.

Cristina Lucas
Habla, 2008
Talk is a video (documenting a performance) in which the artist can be seen holding a hammer which she uses to destroy a huge statue of Moses. With each blow of the hammer, she screams at the father of the three monotheistic religions: “Speak! Speak! Speak!”.

Javier Téllez
La Batalla de México, 2004
In the video a fictious patient-militia takes over a psychiatric hospital in Mexico City, their faces concealed by ski masks. The Zapatista Army of National Liberation (EZLN) is an armed Mexican military-political leftist group.

Lovett/Codagnone
FOR YOU, 2003
On a rotating round platform (like a music box) the artists are constrained in a pose derived from a Tango. A special double-edged knife designed by the artists is used in the performance. The knife bears an inscription on each side, engraved with the title of the piece: FOR YOU. 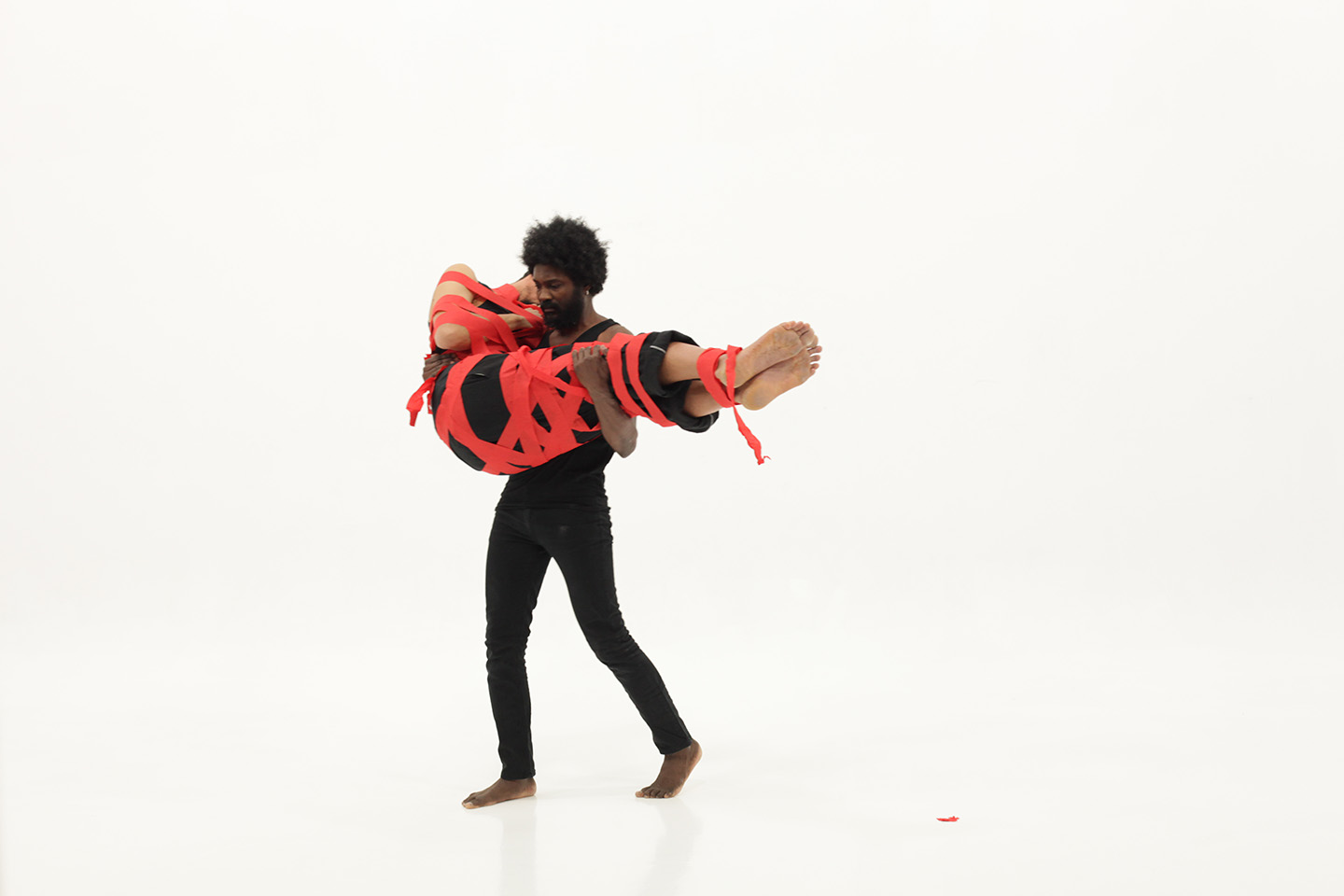 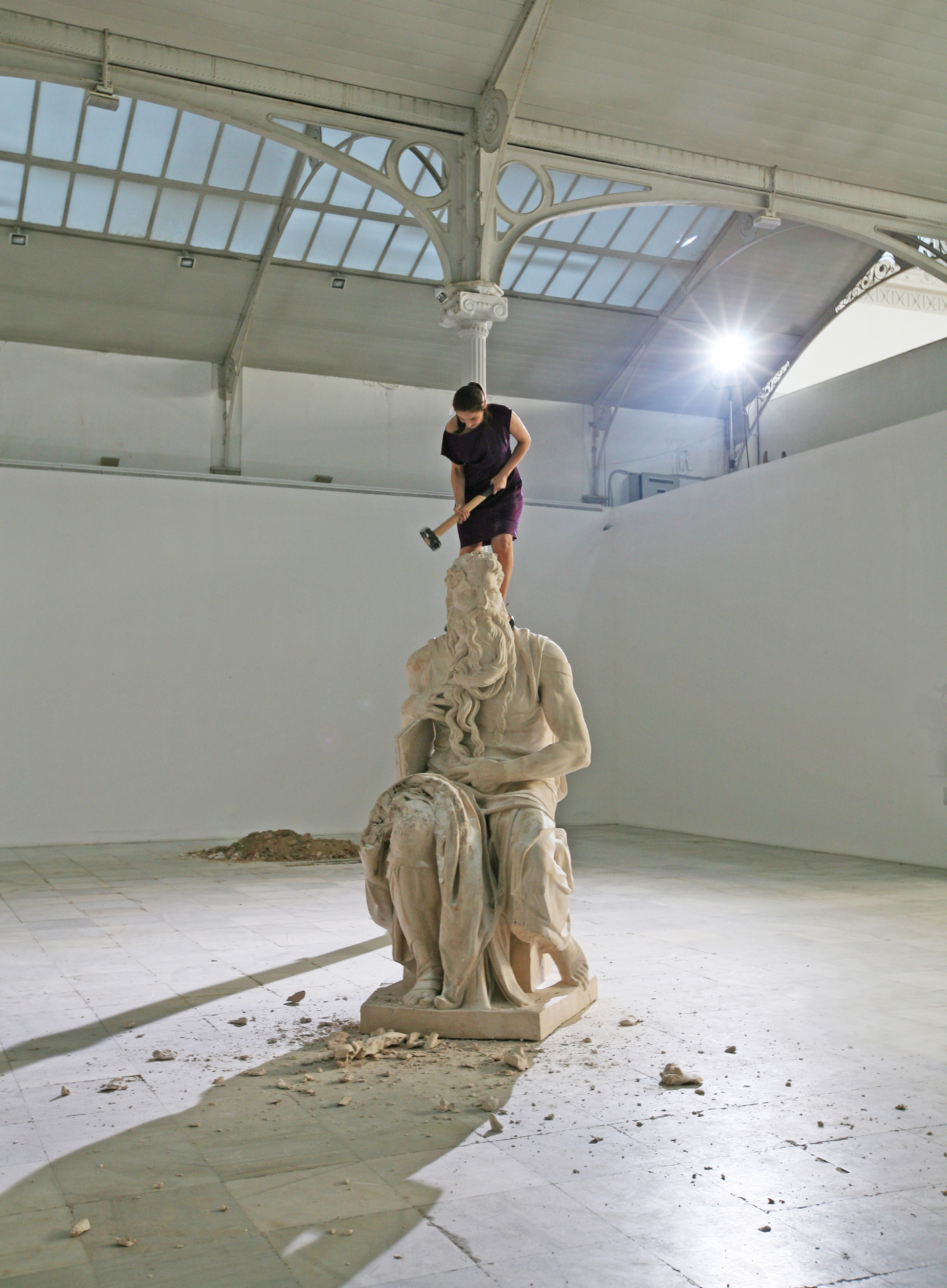 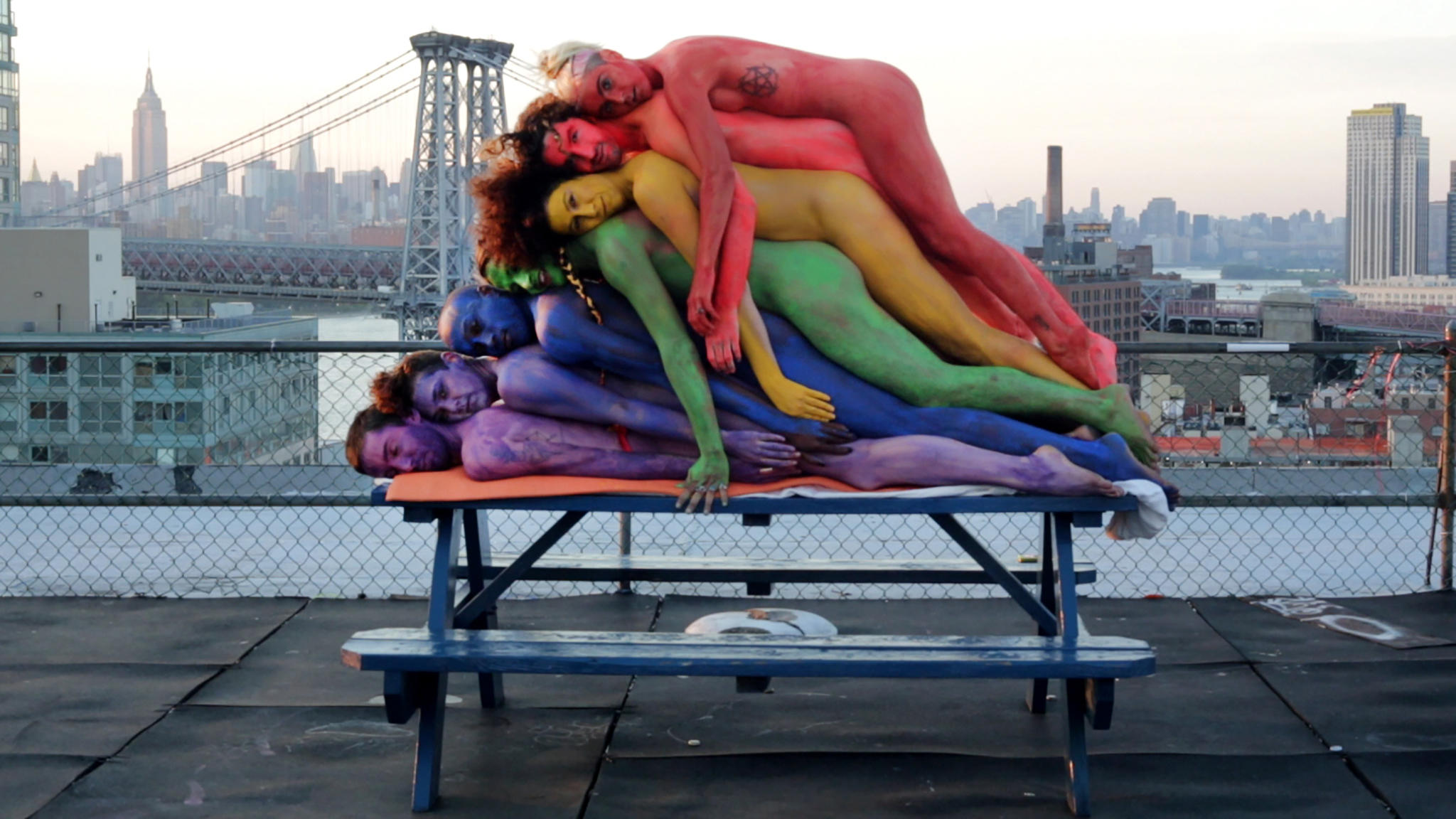 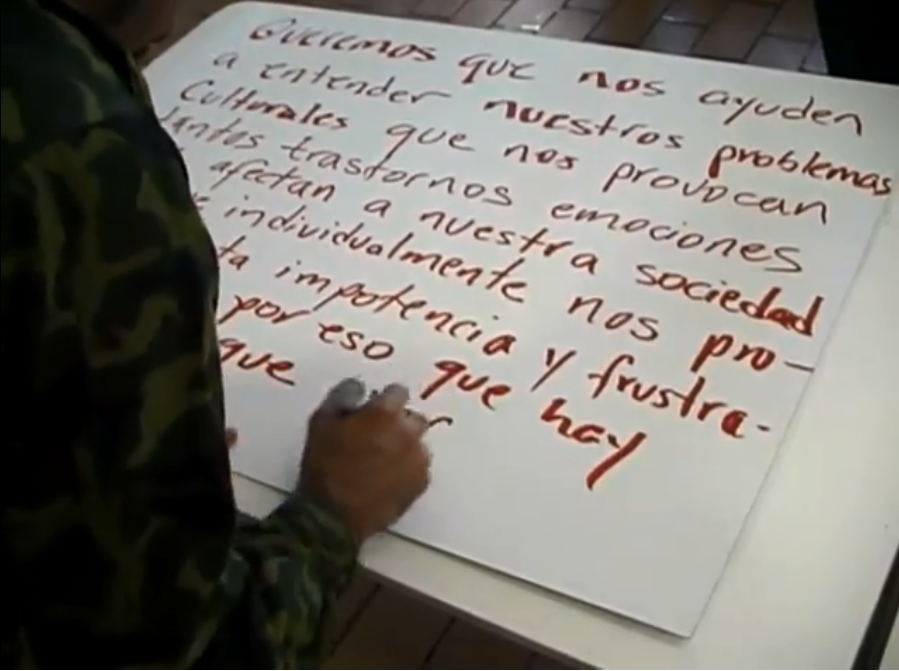