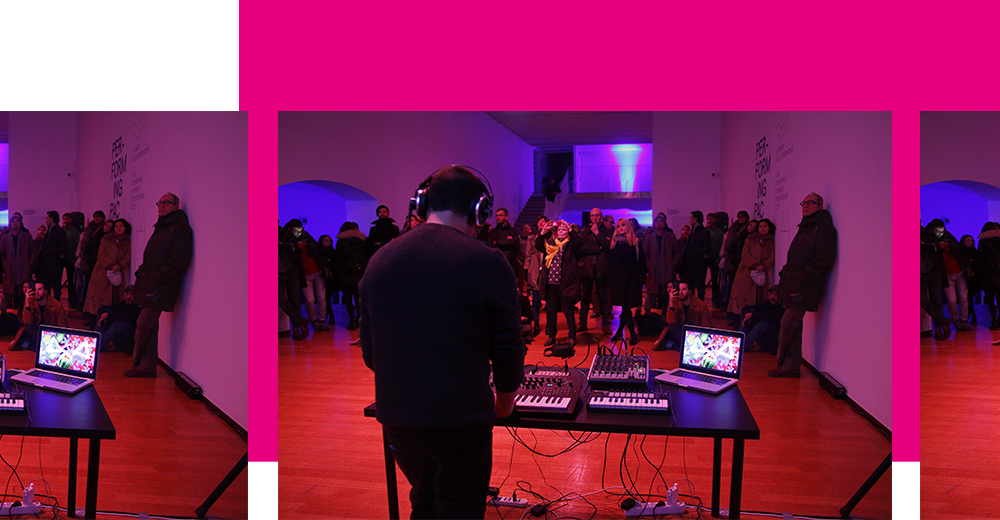 The collaboration with Le Cannibale brings to the PAC an event of music and performance that pays homage to the anniversary of the Stonewall uprisings involving three important Italian artists. Lorenzo LSPose, together with La B. Fujiko, who will curate a dance show, will dedicate his djset to the world of vogueing - a style of dance born within the gay communities of New York in the 70s and 80s - while the duo Hard Ton will perform in a dj set / live with a tribute to the figure of Marsha P. Johnson, LGBTQ rights activist and leading figure in the uprisings of Stonewall with Sylvia Rivera.

Hard Ton is a project started in 2009 and have since released music on some of the best international electronic labels like Permanent Vacation, Gigolo, Bordello A Parigi. Their playful excursions into acid and classic vocal house have found them plenty of followers and friends, appreciating their performative attitude which brings on the stage its energy, humour and revolutionary attitude.

Voguing in the name of Stonewall
Voguing performance directed by La B. Fujiko together with Bballroom and the dj Lorenzo LSPose.

La B. Fujiko is since 2012 the Mother of House of Ninja Italy, as a proof of her central role within the voguing universe. This is a tribute to the riots of Stonewall underlining their central contribution in defending LGBT rights.

Since the beginning of the years 2000 Lorenzo LSP has witnessed the transformations of sounds, trends, tendencies which have influenced the italian electronic music scene, playing a role in defining his evolution. Embodying his new alter ego Lorenzo LSPose Ninja, the dj pays a homage to the atmospheres and sounds of the voguing world.